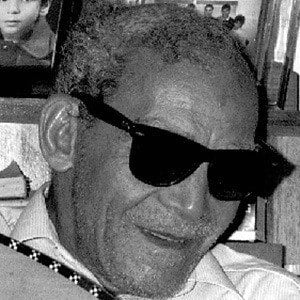 Composer and singer who was known for his political songs favoring the poor and working class. His songs included "Pretty Egypt," "Che Guevara is Dead," "It's Been an Honor, Father Nixon," and many others.

He memorized the Qur'an after enrolling in a recitation class when he was five. He was taught muwashshah singing by the esteemed Sheikh Darwish el-Hareery.

He formed a duo with colloquial poet Ahmed Fouad Negm, and the two composed a number of songs that were banned by Egyptian radio and TV stations in spite of their popularity among the grassroots population.

He was born to a poor family in Abul Numrus, a small Egyptian village. He lost his sight when he was a young child.

He wrote songs with political purpose around the same time as American singer Bob Dylan.

Sheikh Imam Is A Member Of