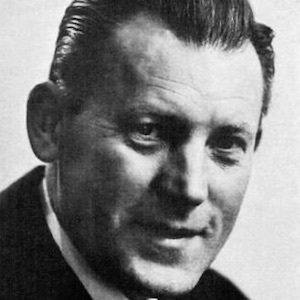 Bandleader of the Ray Conniff Singers. He is most famous for albums like Somewhere My Love and 'S Marvelous.

He served in the U.S. Army during World War II.

He sold more than 70 millions albums prior to his death in 2002.

He was survived by a son named Jimmy and a daughter named Tamara.

He worked as an arranger for Columbia Records, working with a variety of artists including Rosemary Clooney.

Ray Conniff Is A Member Of