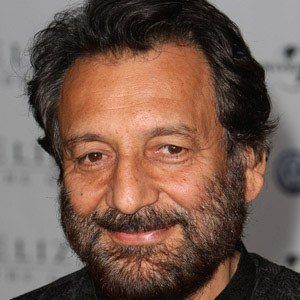 Indian director of the internationally recognized film Elizabeth and its sequel The Golden Age.

He worked for a multinational oil company and moved to Great Britain in 1970.

He was a judge on the reality TV series India's Got Talent.

His father was a doctor and his mother was a stage actress.

His 1998 film Elizabeth garnered an Academy Award nomination for Best Actress for Cate Blanchett who played the titular queen.

Shekhar Kapur Is A Member Of