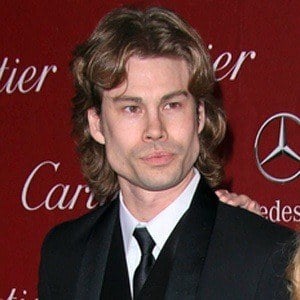 Singer, guitarist and actor who released his debut album Happy Tuesday in 2015. His acting credits include television shows like Baskets, Workaholics and CSI: Crime Scene Investigation.

He studied at the Lee Strasberg Theatre and Film Institute in New York City.

He appeared on an episode of Celebrity Wife Swap in 2015.

He is the son of musician Charo and film producer Kjell Rasten.

He appeared with Zelda Williams in the 2010 horror film Detention.

Shel Rasten Is A Member Of