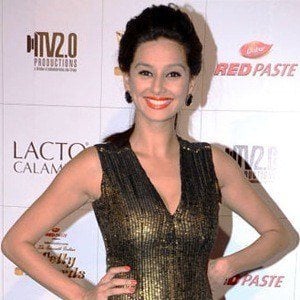 Actress and television host recognized for her roles in Roy, Shaandaar, and Noor. She has also hosted AXN's Men 2.0, Indian Premier League, and The Stage.

She began her career working in television in New York City. She would then begin hosting the shows Namaste America, V Desi and the Asian Variety Show.

In 2012, she competed on the fifth season of Jhalak Dikhhla Jaa and would later participate on the reality show I Can Do That.

Her sister, Anusha Dandekar, is also a well-known actress and television host.

She joined Salman Khan in the 2016 film Sultan.

Shibani Dandekar Is A Member Of