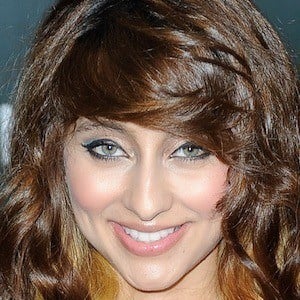 Actress and television host best known as the face of MTV shows like House of Style, MTV Dance Crew, and MTV Teen Diva. She was named Best VJ at the Cosmopolitan Fun Fearless Female Awards in 2009. She has gone on to judge on the American-inspired reality competition India's Next Top Model.

She made her acting and Bollywood debut in 2003 in the film Mumbai Matinee.

She runs her own self-titled YouTube channel where she has gained more than 420,000 subscribers posting beauty tutorials and fashion tips.

She has two sisters named Shibani and Apeksha. Shibani is a renowned Indian actress, singer, and model. She has dated actor Karan Kundra.

She took the award for Best Debut at the Maharashtra Times Awards for her role in Viruddh alongside John Abraham and Amitabh Bachchan.

Anusha Dandekar Is A Member Of