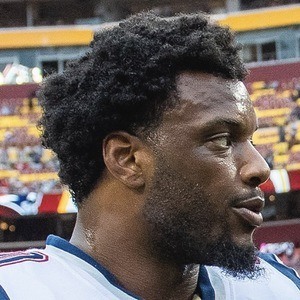 Defensive end who became the Big Ten Defensive Player of the Year with the Michigan State Spartans in 2013. He tied a Spartans record with three defensive touchdowns in a season, which he accomplished in the season's first two games.

He attended Middletown High School North in New Jersey, where he was named to the 2010 Coaches' All-Division Team as a tight end.

He was also a star basketball player in high school, scoring 38 points in the title game of the Buc Holiday Classic and winning the tournament's MVP award.

His parents are John and Cynthia Calhoun.

He and Le'Veon Bell both played football at Michigan State.

Shilique Calhoun Is A Member Of