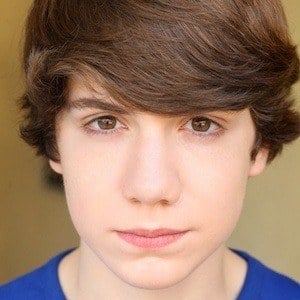 Actor known for portraying the character Evan on the show The Thundermans. He also appeared in an episode of Mad Men where he played Neil Glaspie.

He got first credited acting role in 2005, but didn't receive a significant part until played Thomas in 2008's Train Master.

He played Willie Lincoln in Saving Lincoln, and interview noted the challenges of working on that film, as it was his first time with a green screen.

His siblings Mary, Daniel, Micah, Shiloh, and Judah are also actors. Together, they run the Shilohandbros TikTok account.

He's appeared alongside Diego Velazquez in The Thundermans.

Elijah Nelson Is A Member Of