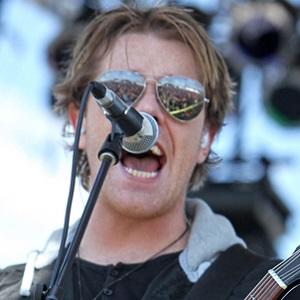 Singer, guitarist, and screen actor who formed and fronted the Australian rock band Sick Puppies. The band released their first studio LP in 2001, called Welcome to the Real World. In 2013 they released their fourth studio LP: Connect.

He and fellow Sick Puppies founding member, Emma Anzai, met while they were students at Mosman High School.

He participated in the Free Hugs Campaign in Australia, and his Sick Puppies song, All the Same, was used as the Free Hugs theme song in a YouTube video.

He acted alongside Shawn Ashmore in the 2011 post-apocalyptic film, The Day.

Shimon Moore Is A Member Of