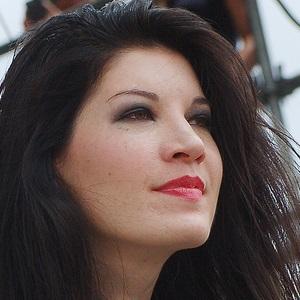 Co-founder of the Australian hard rock band Sick Puppies. They have won numerous awards, including an Australian Live Music Award for Best Live Act and a YouTube Video of the Year Award for the song "Inspirational."

She and lead vocalist/guitarist Shimon Moore formed the band in the music room of their high school in 1997. She initially played guitar before the group got their drummer.

She worked as a telemarketer in Sydney to help finance their debut EP, Dog's Breakfast.

She was born in Singapore, lived in Tokyo, and then relocated to Sydney, Australia.

She performs alongside Shimon Moore in Sick Puppies.

Emma Anzai Is A Member Of