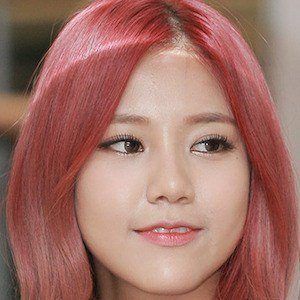 Singer and actress known for her work with the band Ace of Angels, or AOA. She has appeared on shows like The Romantic & Idol, A Gentleman's Dignity, and Soulmate Returns.

After participating in a supermodel competition, where she finished third, she was approached by FNC Entertainment in 2010. AOA made its debut in 2012.

She grew up in Seoul.

She and Park Choa have worked together with AOA.

Shin Hyejeong Is A Member Of