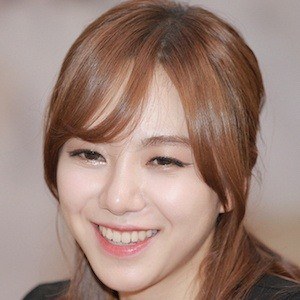 South Korean singer and actress best known as a former member of the girl group AOA, with whom she debuted in July 2012. On television, she has appeared as an actress on shows like Modern Farmer and has the host of the variety show Weekly Idol.

She was born in Busan, South Korea and originally auditioned for FNC Entertainment in 2009.

She was the lead actress in the music video for "Bad" by K-Pop artist Shade.

Her father passed away from cancer in November 2014.

She has performed alongside Kim Seolhyun as a member of AOA.

Kwon Mina Is A Member Of