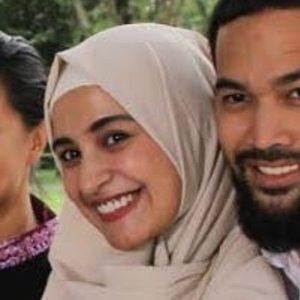 Indonesian actress who is most famous for playing Fitri on the SCTV soap opera Cinta Fitri. She is also a model who has appeared in ad campaigns for companies like Nokia and Kia Motors.

She was a semifinalist in GADIS Sampul Pageant in 2006. She made her acting debut on the soap opera Bukan Diriku.

She released an album as one half of the vocal duo The Sisters in 2008.

Her father is actor Mark Sungkar. Her older sister is musician Zaskia Sungkar.

She has appeared alongside Randy Pangalila on Cinta Fitri.

Shireen Sungkar Is A Member Of