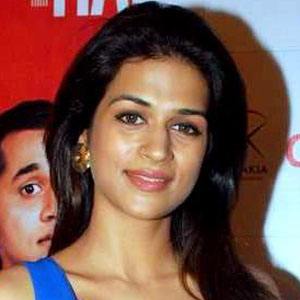 Actress who appeared in several Telugu films, such as Adhineta, Lahore, and Mantra.

She graduated with a Bachelor of Mass Media degree in Journalism before making her acting debut in 2008.

She was raised by her father, a businessman from Purulia.

She and actor Aftab Shivdasani were both born in Mumbai.

Shraddha Das Is A Member Of