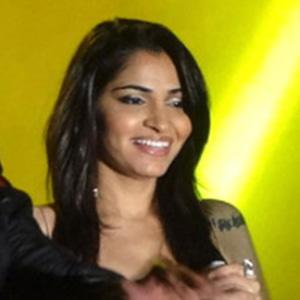 Playback singer who became an in-demand voice in the Hindi film industry, lending her talents to such films as Dev.D (2009), Players (2011) and Chor Bani Thangaat Kare (2017). She has performed at several major Indian festivals, including Culrav, Flare and Protsahan 13.

She grew up in Ahmedabad, India and earned a Master's degree in psychology. She later moved to Mumbai to pursue music.

She was nominated for a Filmfare Award for Best Playback Singer for her song"Mar Jaawan," which she wrote for the film Fashion (2008).

She has a sister named Mukti.

She wrote the song "Shubhaaramabh" for Amit Trivedi.

Shruti Pathak Is A Member Of