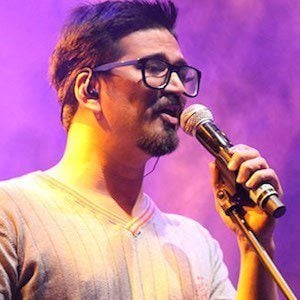 Film composer who is widely known throughout the Bollywood film industry. In 2009, he provided the score for the hit romantic comedy feature Dev.D which won him a National Film Award for Best Music Direction.

He began producing music at the age of 19 and joined a band called Om.

He created an original piece of music for the Mirchi Music Awards held in 2017.

He collaborated with director Anurag Kashyap on the film Dev.D.

Amit Trivedi Is A Member Of