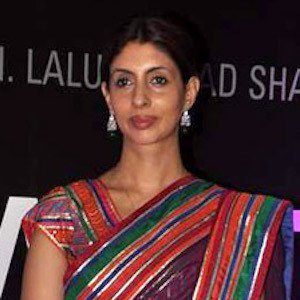 A member of the notable Bachchan family, she is the daughter of actors Amitabh Bachchan and Jaya Bachchan.

Her parents began acting not long before they were married in 1973. She was born a year later.

She has written her own celebrity column for DNA India.

She married businessman Nikhil Nanda in 1997 and they have two children, Navya and Agastya.

The sister of Abhishek Bachchan, her famous sister-in-law is actress Aishwarya Rai Bachchan.

Shweta Bachchan Is A Member Of