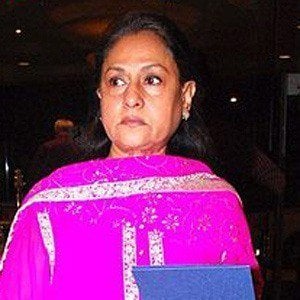 Bollywood star who has won multiple Best Supporting Actress Awards from the International Indian Film Academy. Her films include Sholay and Abhimaan.

She had her first acting role at age 15 in the 1964 film The Big City: Mahanagar.

She got married to Amitabh Bachchan in 1973; the couple had two children named Shweta and Abhishek. She has a sister named Rita.

She had a supporting role with Sanjeev Kumar in the 1975 action film, Sholay.