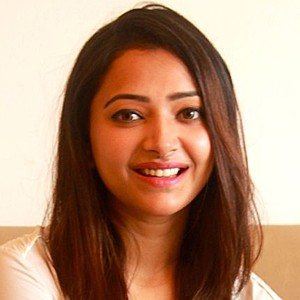 Indian film actress widely known for her portrayal of the characters Chunni and Munni in the 2002 film Makdee. For her performances in the production she received the National Film Award for Best Child Actor.

Her professional career as a child actress began at age 11. Outside of the entertainment industry she holds a degree in mass media and journalism.

She was cast in a starring role in the 2010 Telugu film Kalavar King.

She is from India.

In the 2010 film Kalavar King she appeared alongside fellow actor Nikhil Siddharth.

Shweta Basu Prasad Is A Member Of