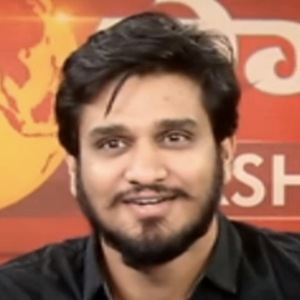 He graduated with his undergraduate degree from the Muffakham Jah College of Engineering and Technology. He initially began his career in the entertainment industry as an assistant director on the 2006 comedy Hyderabad Nawaabs.

He rose to prominence for his portrayal of Rajesh in the 2007 Telegu film Happy Days. In 2015, he starred as Gautham in the commercially successful Telegu film Shankarabaranam.

He was born and raised in Hyderabad, Andhra Pradesh, India.

He appeared alongside Kajal Aggarwal in the 2010 film Om Shanti.

Nikhil Siddhartha Is A Member Of