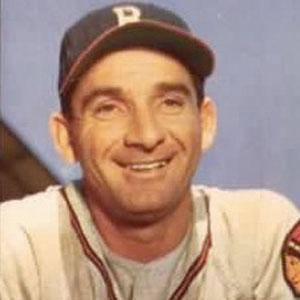 MLB outfielder and third baseman who hit 202 home runs in his 13-year career.

He grew up in the Flatbush section of Brooklyn, where he honed his baseball skills on the sandlots.

He was considered one of the nicest guys in baseball, and the New York Giants once honored him with 'Sid Gordon Day.'

He raised two sons together, Michael and Richard, with his wife Mary Gordon, whom he married in 1940.

He was given a tryout in high school by legendary manager Casey Stengel.

Sid Gordon Is A Member Of