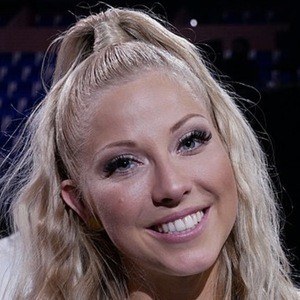 Swedish dancer who began performing as a regular on the dancing competition show Let's Dance in 2011. She is a multiple-time winner of the show, having taken top honors in 2012, 2014 and 2015.

She studied theater at Calle Flygare Teaterskola in Stockholm, Sweden.

She was a guest vocalist on the 2016 John de Sohn song "Happy Hour."

She has dated Samir Badrans.

Sigrid Bernson Is A Member Of