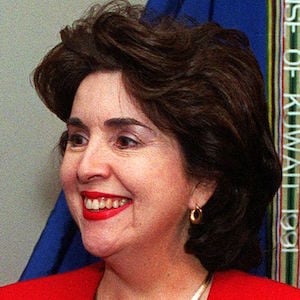 Politician who was the Governor of Puerto Rico from 2001 to 2005. She was the first woman to hold that office.

She became Mayor of the Puerto Rican capital of San Juan in 1997.

She studied government and administration at New York's Manhattanville College and at the University of Puerto Rico.

She was married three times, to Francisco Gonzalez, Adolfo Krans, and Ramon Cantero Frau. She has three children.

She and Luis Fortuno both held the office of Governor of Puerto Rico during the first decade of the 21st Century.

Sila María Calderón Is A Member Of