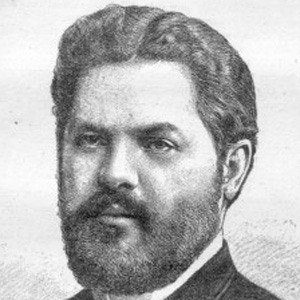 Russian Chess great who is best known for his contributions to chess strategy.

He worked as a railway engineer before becoming famous for his chess play.

There are several opening systems named after him including Alapin's Variation.

He was born and raised in Saint Petersburg, Russia.

His strategies are employed by many chess greats including Vladimir Kramnik.

Simon Alapin Is A Member Of