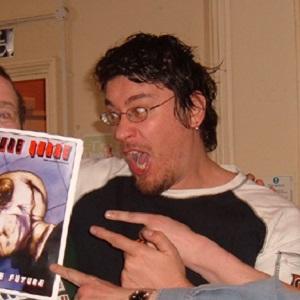 Comic book artist most famous for his work on classic comic characters like Slaine and Lobo. He won the Eisner Award for Best Artist in 1992.

He was hired as an artist on "ABC Warriors" after a painting of his was seen by editor Pat Mills.

He has produced album covers for rock artists like Danzig and Mortal Sin.

He has siblings named Eunice, Paula, and Becky.

He collaborated with author Neil Gaiman on the comic book mini-series "Batman: Black & White" in 1996.

Simon Bisley Is A Member Of