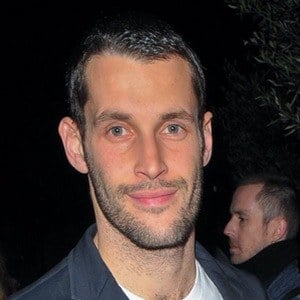 French fashion designer who's best known as the founder of the fashion brand Jacquemus. He published his book La Grande Motte in 2014 and won the special prize at the LVMH Prize in 2014 and 2015.

He moved to Paris at the age of 18 to study at École Supérieure des Arts et techniques de la Mode but left the school one month later after the passing of his mother. A year later, he created the fashion label Jacquemus.

He worked at Comme des Garçons to start saving up money to launch his fashion label.

He was born in Salon-de-Provence, France and grew up in Bramejean. His mother tragically died when he was 18 years old, he named the fashion brand Jacquemus as a tribute to his mother's maiden name.

He has posted photos on Instagram with Karl Lagerfeld, Dua Lipa, Olivier Rousteing, and Emily Ratajkowski.

Simon Jacquemus Is A Member Of