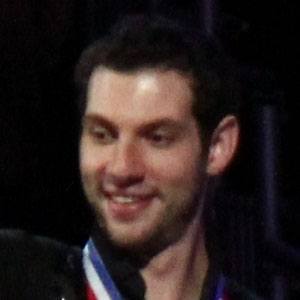 American pair skater who won back-to-back National Championships with skating partner Marissa Castelli in 2013 and 2014. They participated in their fist Olympic Games in 2014, taking home the bronze medal.

He moved to United States at sixteen months old and graduated from Lincoln-Sudbury Regional High School in Sudbury, Massachusetts in 2005.

He ended his partnership with Marissa Castelli in 2014 and elected to pair up with DeeDee Leng.

His parents both have degrees in Chemical Engineering.

He and John Coughlin are both U.S. National Champions in figure skating.

Simon Shnapir Is A Member Of