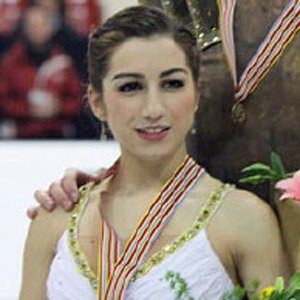 Figure skater most famous for her partnership with Simon Shnapir. Together, they won two straight U.S. National Championships in 2013 and 2014. They earned the bronze medal at the 2014 Olympic Games in Sochi.

She began training with U.S. Figure Skating when she was five years old.

She required fifteen stitches to her thigh after she landed on a fellow skater's blade in 2010.

Her brother, Anthony, was a football payer at Bryant University. Her mother, Lori, became a figure skating coach.

She and Kristi Yamaguchi are both U.S. National Champion pair skaters.

Marissa Castelli Is A Member Of