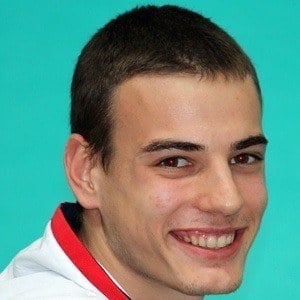 Professional volleyball player who represented Italy in the 2016 Olympics in Rio de Janeiro where he went home with a silver medal. When his team placed third in the 2015 European Volleyball Championship he left with the award of best setter in the tournament.

He began playing for Trentino Volley in 2012 and started his career with the Italian National team in 2015.

He won two gold medals with his team, Trentino Volley, in the Italian National Championship.

He plays alongside Ivan Zaytsev on the Italian volleyball team.

Simone Giannelli Is A Member Of