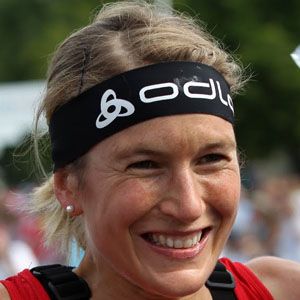 Dominant athlete in the sport of orienteering who has won World Championship titles in all four of the possible women's competitions. She won nine gold medals at the Orienteering World Cup from 2002 to 2013.

She competed in her first orienteering event at age ten and took home the gold medal at the 1997 Junior World Championships.

She accomplished the astounding feat of winning gold medals in all four women's competitions in the same year at the World Orienteering Championships in 2003. She managed to do this again in 2005.

She married Swiss orienteering athlete Matthias Niggli in 2003. The couple had twins in 2011.

Simone Niggli-Luder Is A Member Of