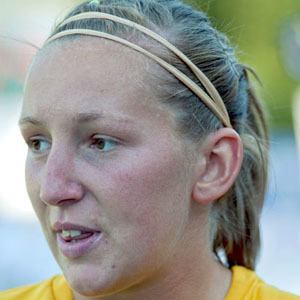 Goalkeeper who is known for her time in the FA Women's Super League. In 2015, she signed with Liverpool Ladies to be their starting goalkeeper after earning caps for both Bristol Academy and the Arsenal Ladies.

She initially found interest in gymnastics before beginning goalkeeping at age 14. She was spotted then by the Chelsea Ladies, and signed to their youth academy in 1999.

She helped lead England's senior national team to the semi-finals of the 2015 FIFA World Cup. She made her international debut in 2004, and has since earned more than 40 caps for the women's national team.

She married her husband Leigh Moore in 2015 following the World Cup. On January 31, 2020, she and Moore welcomed a daughter named Emilia together.

She played as the back-up goalkeeper for England to Karen Bardsley in 2011 at the World Cup.

Siobhan Chamberlain Is A Member Of