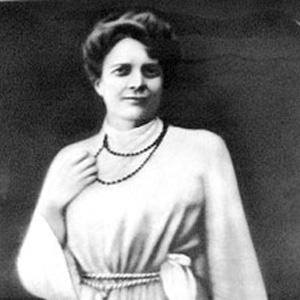 Irish missionary who worked for India's independence from Britain and founded a girls' school in Bagbazar area of Calcutta.

She learned much from her father, who died when she was 10, and then from her grandfather who was a leader of the freedom movement in Ireland.

Despite her Scots-Irish heritage, her epitaph rightly speaks of how she gave her all for India.

Her parents were named Mary Isabel and Samuel Richmond Noble.

She is seen as an influential do-gooder like Mother Teresa.

Sister Nivedita Is A Member Of