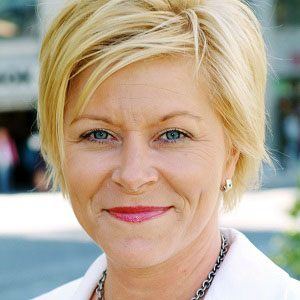 Initially known for her leadership of Norway's Progress Party, Jensen went on to represent Oslo in the Norwegian parliament and to serve as her country's Minister of Finance.

One year after earning a degree from the Norwegian School of Economics, she ran an unsuccessful first campaign for a seat in Norway's Storting (parliament).

She was raised in Oslo, Norway, by shoe store owners Monica Kjelsberg and Tore Jensen. She grew up with a younger sister and brother, as well as three half-siblings.

Siv Jensen Is A Member Of