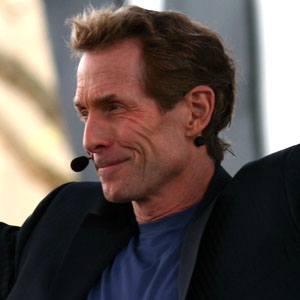 Sports personality who is most famous for his role on ESPN's First Take.

He graduated from Vanderbilt University, and began his career as a journalist for the Miami Herald, which led to numerous other writing opportunities, such as for the Los Angeles Times.

While working at the Dallas Times Herald he was named Texas Sportswriter of the Year three times.

His brother, Rick Bayless, is a chef and TV personality for food and cooking. He married Ernestine Sclafani.

He co-starred on the popular ESPN show First Take alongside Stephen A. Smith.

Skip Bayless Is A Member Of