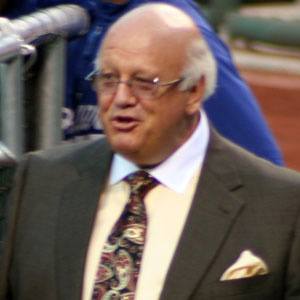 Play-by-play announcer for the San Francisco Giants and previously ESPN.

He got his start working at the College of San Mateo's radio station while he was attending classes.

He was awarded the Ford C. Frick award from the National Baseball Hall of Fame.

He grew up in the San Francisco Bay Area.

He called the 756th home run of Barry Bonds' career.

Jon Miller Is A Member Of