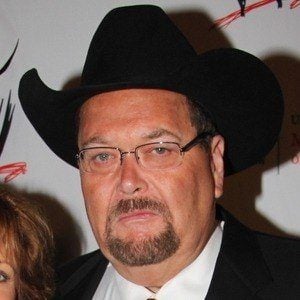 Longtime wrestling announcer and referee who was named to the WWE Hall of Fame in 2007.

He was an all-conference baseball player at Westville High School.

He was named the Best Television Announcer by Wrestling Observer Newsletter on 13 different occasions.

He shared announcing responsibilities with Michael Cole for many years.

Jim Ross Is A Member Of