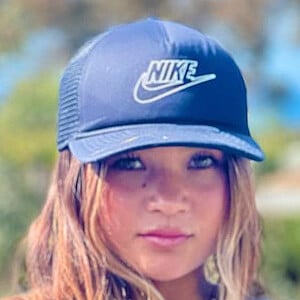 Skateboarder who became the youngest girl ever to compete in the 2016 Vans US Open Pro Series. She'd later become the winner of the inaugural season of Dancing with the Stars: Juniors in 2018.

Her preschool had it's own skate park.

She started surfing during her free time in 2012. In October 2020, she released a song called "GIRL."

She was born to parents Stuart and Miko. She has a younger brother named Ocean Brown who skates as well.

She was paired with JT Church on DWTS Juniors.

Sky Brown Is A Member Of