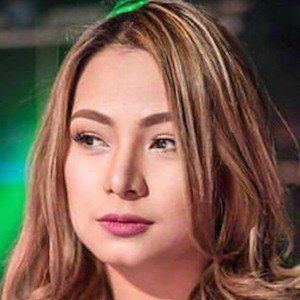 Singer and model well known for her contributions as an actress and director to the YouTube channel Sky and Kid Show, which features both short and full-length movies. The channel, which she runs with her sister Kid Valentine, has earned over 220,000 subscribers. They formerly went under the name the Sky and Kid Show.

Before publishing content to her collaborative channel Sky And Kid Show, she was posting content, primarily covers, to a personal channel as far back as 2009.

She was signed by Star Magic and was a finalist on the The X Factor Philippines. She was interviewed by Sharon Cuneta and Vice Ganda on the TV show Sharon.

Her real name is Auriette Divina. She and her younger sister Kid are from the Philippines.

She and her sister Kid began publishing YouTube content in June of 2015 when they uploaded a cover of Celine Dion's "I Surrender."

Sky Valentine Is A Member Of