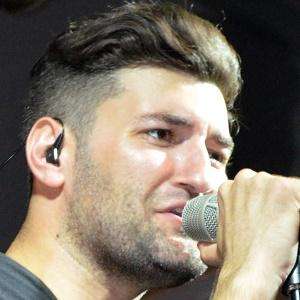 Born Andrei Tiberiu Maria and known to his fans as Smiley, this Romanian pop star recorded four albums with the band Simplu and later had a career as a solo artist. His album In Lipsa Mea and his single "Dream Girl" won him several Romanian Music Awards.

Before becoming a member of the song-and-dance group Simplu, he performed with another Romanian band, Millenium 3.

After establishing the HaHaHa Production record label, he released several singles with the affiliated music project Radio Killer. He is also well known for hosting Romania's Got Talent and for judging The Voice Romania.

He grew up in Pitesti, Romania and has a brother named Filip. He and Gina Pistol have been dating.

He has produced tracks for American rapper Sway.

Smiley Is A Member Of