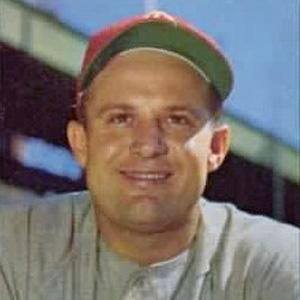 9-time All-Star catcher whose career spanned from 1949 to 1967; won a World Series Championship with the Pittsburgh Pirates in 1960.

He led the minor leagues in batting average in 1947.

He became one of the MLB's most successful pinch hitters of his era.

He married Margaret Burgess, and they later had a son named Larry together.

During his career with the Philadelphia Phillies he played with Hall of Fame pitcher Robin Roberts.

Smoky Burgess Is A Member Of