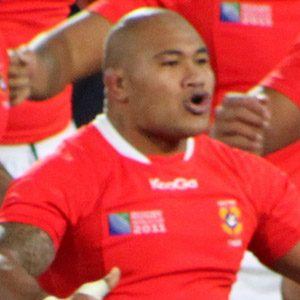 Rugby union player who became known as a loose-head prop for Tonga.

He became known for the aggressiveness of his ball-carrying and tackling.

He and fellow rugby player Rodney Blake were both born in the country of Tonga.

Sona Taumalolo Is A Member Of