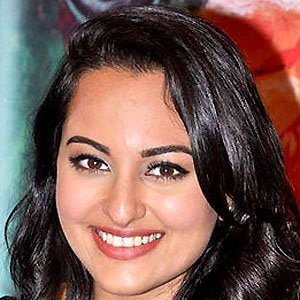 Daughter of a legendary Bollywood actor who starred in some of Bollywood's biggest hits, including Son of Sardar and Dabangg 1 and 2. Her performance in Dabangg earned her a Filmfare Award for Best Debut.

She was a fashion model, participating in, among other events, the Lakme Fashion week in 2008.

She was offered a role in Dabaang by her co-star. The film became the third-highest grossing movie in Bollywood history.

Her father, Shatrughan Sinha, was a popular actor and politician. She has a pair of twin brothers named Luv and Kush Sinha.

Salman Khan discovered her and co-starred with her in both the Dabangg movies.

Sonakshi Sinha Is A Member Of