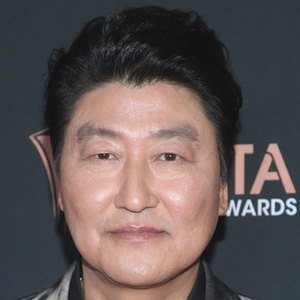 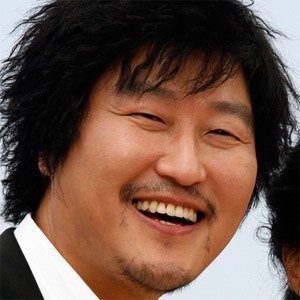 Critically acclaimed South Korean actor who has earned numerous awards for performances in No. 3 as Jo-pil, in Joint Security Area as Sgt. Oh Kyeong-pil, in Memories of Murder as Detective Park Doo-man, and in The Show Must Go On as Kang In-goo.

Before accepting his first on-screen role as an extra in the 1996 film The Day a Pig Fell into the Well, he made his theatrical debut in the 1991 play, Dongseung.

For the 2009 film, Thirst, he appeared completely nude.

He was born in Gimhae, South Gyeongsang Province, South Korea.

Besides Thirst, he starred in another Park Chan-wook directed film called Sympathy for Lady Vengeance.

Song Kang-ho Is A Member Of