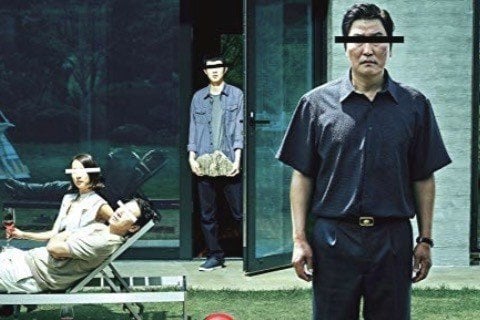 2020 Oscar winner for Best Picture that also took home the honors for Best Director, Best International Film and Best Original Screenplay. It centers on the members of a poor family who scheme their way into being employed by a wealthy family by posing as unrelated individuals.

The original title of the film is Gisaengchung. The movie premiered at the 2019 Cannes Film Festival where it became the first Korean movie to win the Palme d'Or. It was the second film to win the highest Cannes honor with a unanimous vote since Blue is the Warmest Color (2013).