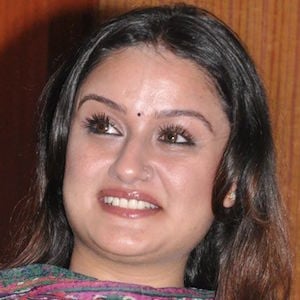 Notable for her Filmfare Award-winning performance in the 2003 Tamil movie Kaadhal Kondein, she also earned critical acclaim for her portrayal of Anitha in the 2004 film 7G Rainbow Colony.

Her debut film, Nee Premakai, premiered when she was twenty years old.

Her television credits include roles in Kalaignar TV's Naanal and Puthuyugam TV's Malli.

Her marriage to Tamil film director Selvaraghavan began in late 2006 and ended in divorce in 2010.

She appeared alongside Silambarasan in the 2011 Tamil movie Vaanam.

Sonia Agarwal Is A Member Of