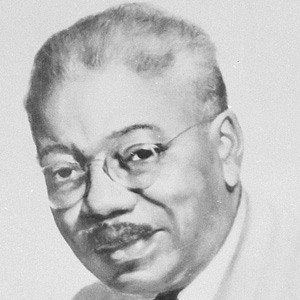 Jazz artist who became an unwitting hero of Australia's jazz scene after bringing his band to the country in 1928.

He studied piano, drums, and saxophone. He began playing with local bands in Phoenix, and he toured up and down the West Coast with several orchestras.

His all-black jazz band earned a great deal of attention in mostly white Australia--too much attention, in fact, when the group was accused of carrying on with white women and doing drugs. Amidst much publicity, he was deported.

He was born in Chapel Hill, Texas, but his family relocated to Phoenix when he was eight.

His fracas with Australia and the country's subsequent ban on black musicians kept Louis Armstrong from performing there until 1954.

Sonny Clay Is A Member Of