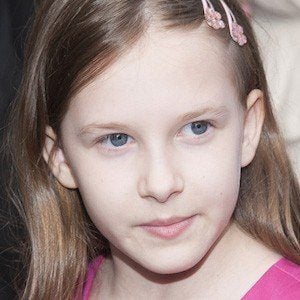 Member of the Tony award-winning ensemble cast of Matilda the Musical who performed in the title role of the beloved story.

She first premiered on stage as Matilda in March of 2013.

She landed another Broadway role as Young Lara/Katarina in Doctor Zhivago.

She was born in Westchester County, New York. Her mother is Liz Carr.

She sang on an episode of Last Week Tonight with John Oliver in 2015.

Sophia Gennusa Is A Member Of

Matilda the Musical
The Enemy Within
17 Year Olds
Stage Actresses