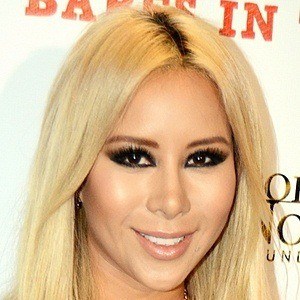 Internationally renowned DJ who is known for her work spinning in dance clubs and in print as a model. She has also appeared in high-profile music videos, including for Usher's single "Love in This Club."

She officially began her pursuit of a DJ-ing career in 2007 upon her move to Los Angeles. She released her debut mixtape that same year.

She has made film appearances in Fast & Furious 4 and Kissing Strangers. She signed with Elite Model Management Miami in 2009.

She was born and raised in Washington, D.C.

She made a music video appearance for Ne-Yo and his hit single "Miss Independent" in 2008.

Sophia Lin Is A Member Of