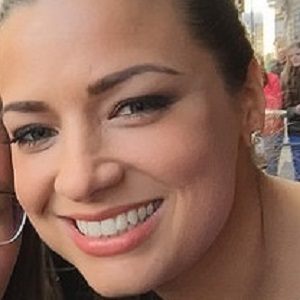 Most well-known for her portrayal of Lindsey Butterfield on the popular British soap opera Hollyoaks, she is also notable for her appearances in episodes of EastEnders and Misfits.

She first appeared on Hollyoaks on July 3, 2012, playing the role of Sapphire. She went on to make her debut as Lindsey Butterfield in a June 3, 2013 episode of the same series.

A testament to her popularity among British soap opera viewers, she has more than 130,000 followers on Twitter and 180,000 on Instagram.

She was briefly married to Scottish-born television actor Graeme Rooney from 2015-2016. She then started dating Shayne Ward, with whom she had a daughter in December 2016.

Austin's Hollyoaks character was introduced to the series as the fiancee of the character Joe Roscoe, played by Ayden Callaghan.

Sophie Austin Is A Member Of