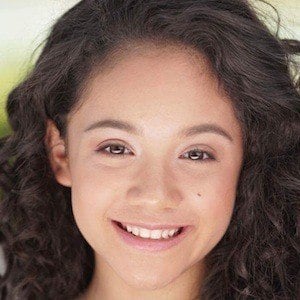 Dancer known for winning the second season of go90's Dance-Off Juniors. She also appeared on So You Think You Can Dance Academy and season two of NBC's World of Dance.

She first began to showcase her dance talents in photos on Instagram in August of 2013.

She has modeled for Secondskin and performed with Cirque du Soleil.

Her older sister, Leila, is also a singer and a dancer.

She has performed alongside pop superstar Mariah Carey.

Sophie Santella Is A Member Of